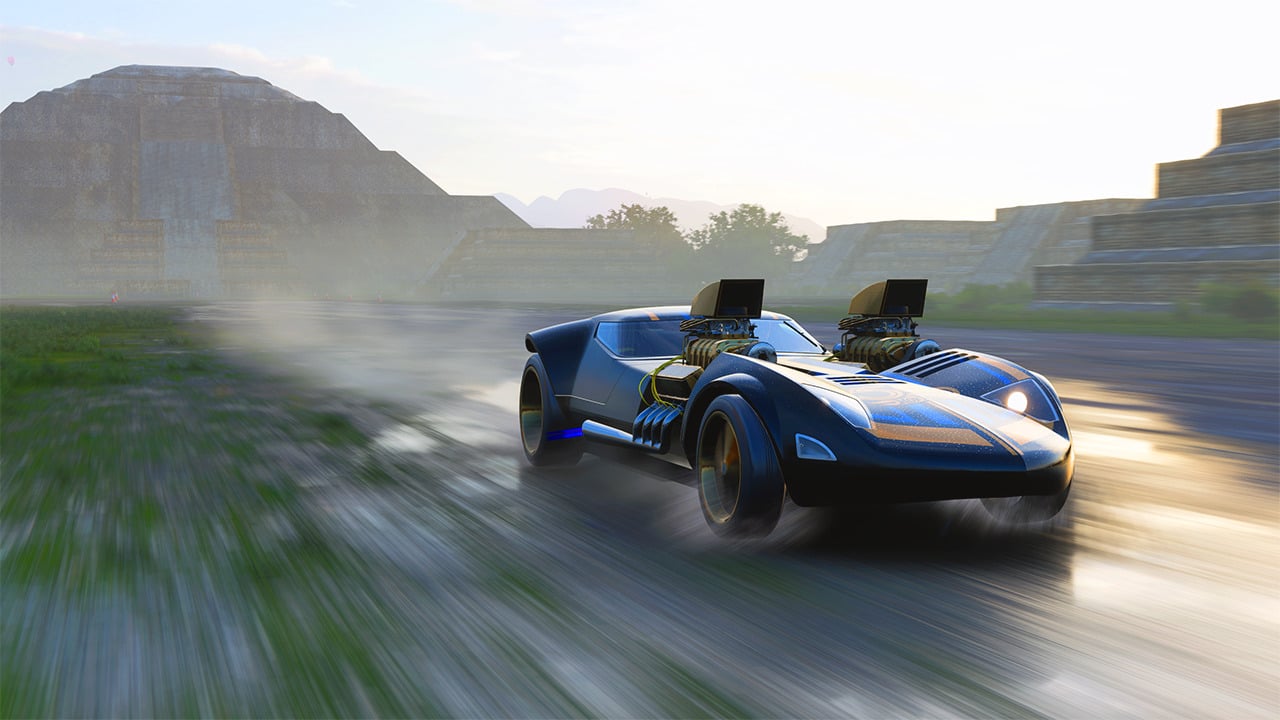 The first official expansion for Forza Horizon 5Hot Wheels, appears to have been leaked via an update to the game’s Steam page, ahead of its planned announcement in the upcoming Xbox & Bethesda Games Showcase.

Although briefly available this morning, the game’s Steam page included an edit to the “Premium Add-Ons Bundle” description. This pack includes VIP access, the Welcome Pack, the Car Pass and two game extensions. Until now, they were only called “Extension 1” and “Extension 2”.

The store update this morning changed that and, although it was quickly rolled back, made it clear that “Expansion 1” would be Hot Wheels.

This will be the second time Hot Wheels has released an expansion for a Forza Horizon title, with Forza Horizon 3 also got a Hot Wheels add-on in May 2017. This pack consisted of four cars from the toymaker, six additional vehicles, and 70 miles of new roads, including plenty of orange tracks.

Forza Horizon 4 also had Hot Wheels DLC, but that involved six full-size cars from the Hot Wheels Legends Tour. There are three surviving Hot Wheels cars in Forza Horizon 5with the Twin Mill and Boneshaker available through regular means, and a special monster truck based on the Boneshaker in a few special in-game events.

Although the thumbnail on the Steam page is quite small, it reveals that the Forza Horizon 5 The Hot Wheels expansion could be a mix of the two previous DLCs.

The screenshot appears to be a new landscape, with new terrain including what looks like a large natural monolith. Mexico is home to the world’s tallest natural monolith: Pena de Bernal, which lies 80 miles east of FH5’s host city, Guanajuato.

This famous orange Hot Wheels track meanders through the landscape, making it likely we’ll see a FH3-type extension – and maybe more elements for EventLab – and there are two cars clearly visible in the image.

The more obvious of the two is the “Bad to the Blade” in the foreground, but its upturned nose is uncharacteristic of the toy. Instead, it appears to be a full-size version of the 2011-built car, in a new livery first shown in 2018 to celebrate Hot Wheels’ 50th anniversary.

You’ll have to look a little closer to see the dark blue “Deora II”. This is another full-size car, originally created as a fictional second-generation version of the first Deora toy car, based on the custom 1967 Dodge Deora.

This suggests that the cars won’t necessarily be Hot Wheels toys, but could be real-world models like in FH4‘s Hot Wheels DLC – especially since both cars appear in the official Hot Wheels Garage.

We are waiting for announcements on the FH5 expansion pack soon, with three possible events on June 10, June 12, and June 14 that might suit him. Watch this space for more, including pricing and a launch date.