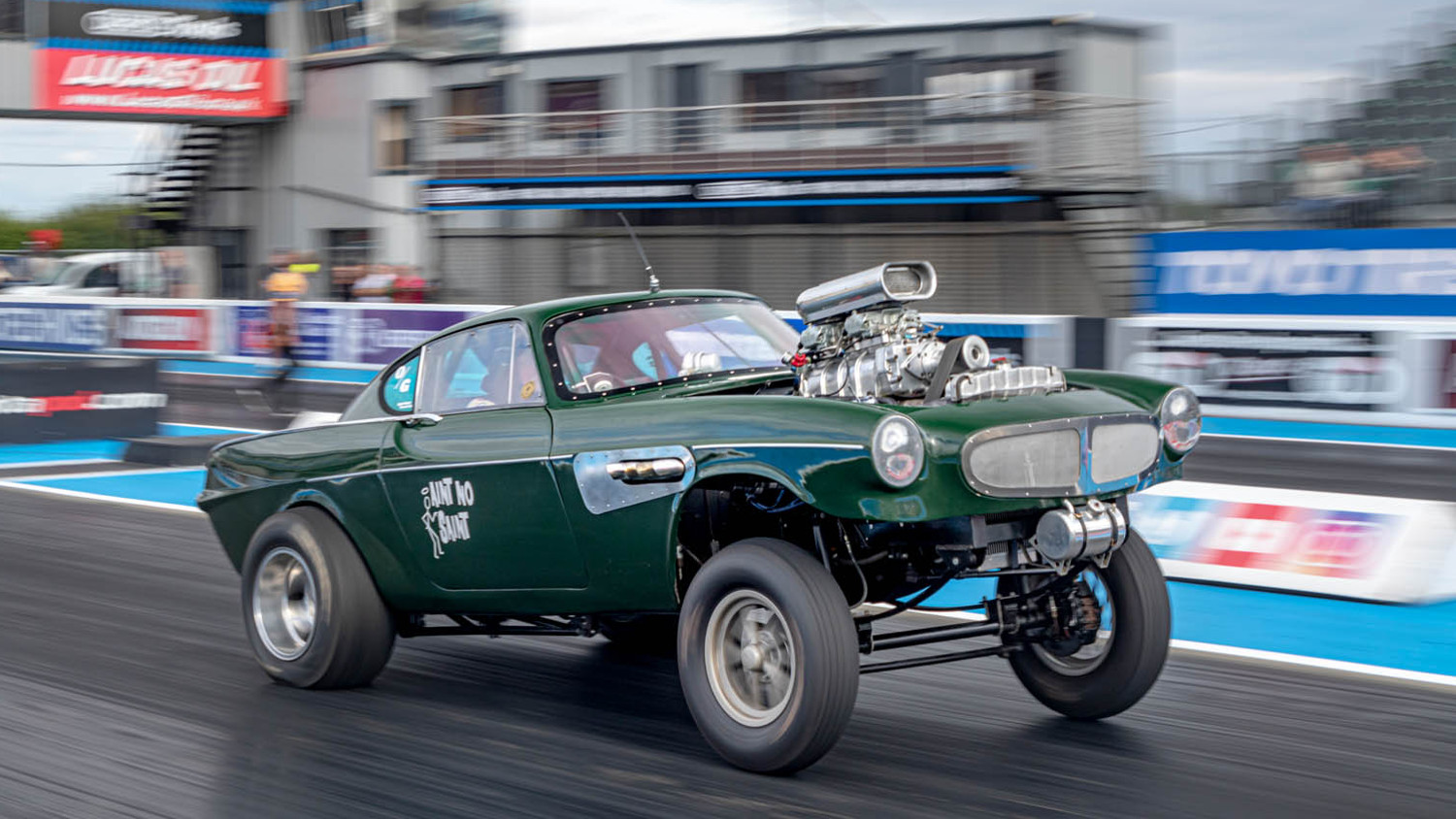 After being chosen from thousands of classic cars and global hot rods, a British car has become the first international winner of the Hot Wheels Legends Tour 2021. Stephen Holmes gets acquainted with this little die-cast design process

Already a legend on the track, Lee Johnstone’s 1969 Volvo P1800 Gasser is poised to achieve wider fame with its form immortalized as a 1:64 Hot Wheels toy. The racing green dragstrip firecracker, nicknamed ‘Ain’t No Saint’, is piloted by Somerset, UK-based Johnstone with his wife and three daughters.

Originally purchased in stripped hull form, too far off to be restored as a road car, the Gasser now features a 600hp Chevrolet 454 supercharged big-block V8 engine, which propelled it to perform a drag race a quarter mile in 10.01 seconds and reach a top speed of 133 mph.

But perhaps the biggest prize he’s won to date is arguably Hot Wheels’ inaugural international search for a legendary custom car to be scaled down to become a permanent part of Hot Wheels history.

The car’s downsizing process began at a much calmer pace away from the track, as the team at Hot Wheels, owned by toy giant Mattel, recreated the car from scratch from its studio. of American design.

“For this project, we started with some sketches, measurements and images of the car,” says Hot Wheels design director Bryan Benedict. “We then start working on what could be described as a ‘ball of digital clay’ to sculpt from.”

Hot Wheels has a team of around 60 designers and engineers for its die-cast toys, with most of the team using Geomagic Freeform Plus, from 3D Systems, for sub-D modeling of the vehicles.

Usually, a quick sketch is used to figure out how the car will be divided into three parts: its running gear, its interior, and its outer shell.

“We have a strict set of dimensions that we must adhere to to ensure that each new model can fit the different track sets we offer,” says Benedict. “The Volvo must have sufficient ground clearance, including approach and departure angles, to operate on our signature orange track.”

Examples of factors include the ability to complete a full loop, drive through a tunnel, and take advantage of features such as track acceleration boosters and rear kick panels.

Modeling key details involves using reference images of the car to capture as much detail as possible in 1/64 scale. In this case, it included the Volvo P1800’s iconic front profile and swooping rear roofline, as well as the track car’s huge engine block and protruding air intake.

A race to the finish

In addition to Geomagic Freeform, designers often rely on other software, including PTC Creo, as the design progresses to production and the team creates the tooling model needed for the casting manufacturing process. under pressure.

“We are limited to certain material thicknesses and tolerances,” says Benedict. “The trick is to work with and around those parameters and get the best representation of the vehicle we’re making.”

It is important to test the designs for use, including materials, fatigue, performance and safety, all done by the engineers on the team. While digital pattern testing is important, most validation is done using pre-production physical samples, with durability testing and safety checks to test for choking hazards, as well as several passages on these famous orange runs.

With its exaggerated engine profile, drag-racer suspension angle and wheels that look huge compared to the vintage Volvo hull, people have always told Lee Johnstone that his car looks like a Hot Wheels model. Today, as it navigates the iconic loop, it is unmistakably just that.