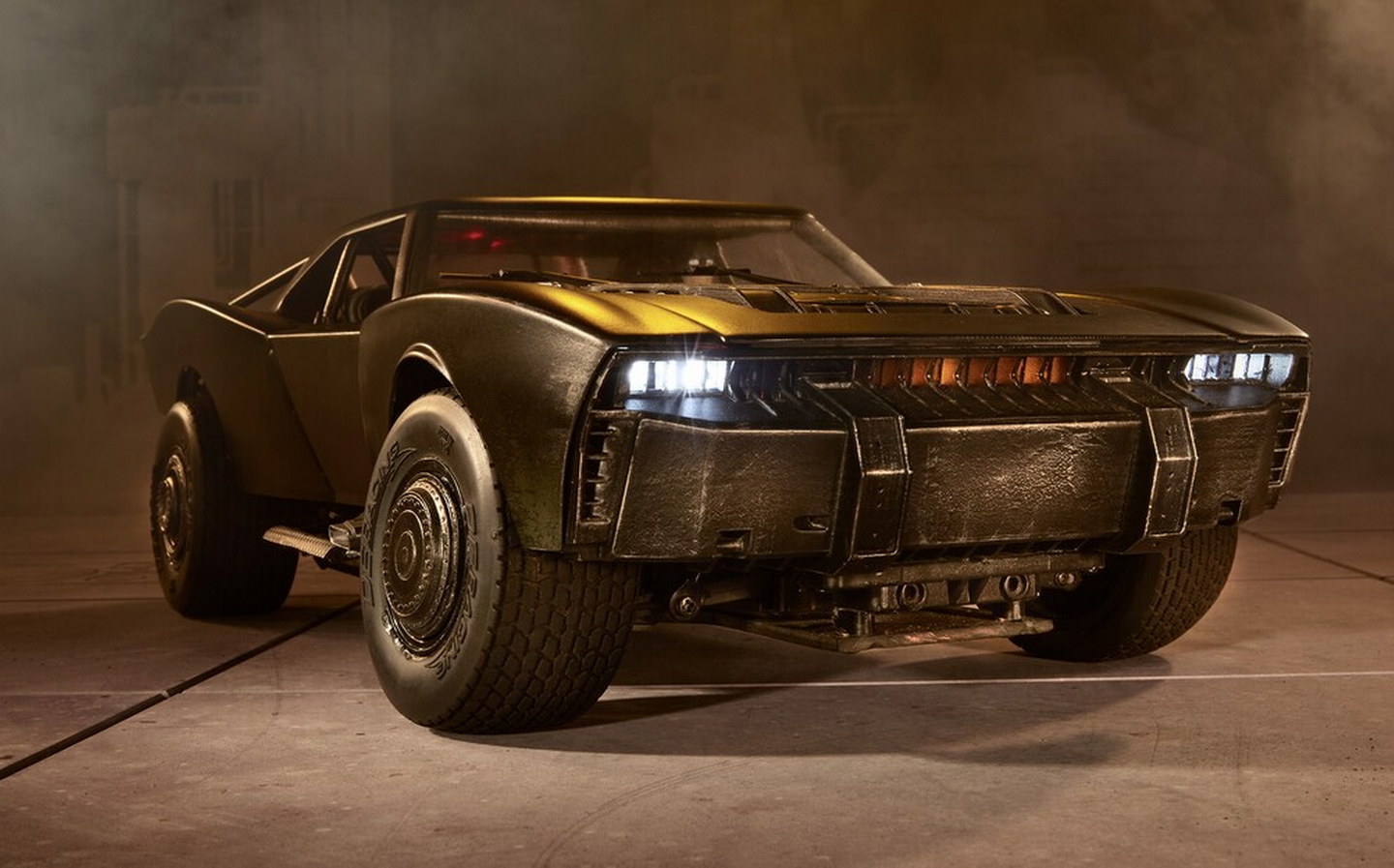 HOT WHEELS has unveiled its latest radio-controlled car, a 1/10 scale replica of the all-new Batmobile. The real version will appear in The Batmana new film in the franchise starring Robert Pattinson as Gotham City’s Caped Crusader, slated for release in March 2022.

The movie is a reboot of the Batman franchise, and the Batmobile got a major overhaul from its predecessors.

Gone are the massive fins and excessive bodywork of 1960s and 1990s vehicles, while the military-style Tumbler from the later film series was also dropped. Instead, producers turned the Batmobile into something reminiscent of a 1970s muscle car.

The two-door body looks like a stylized Dodge Charger, but with batwing-style curves to the body and a raised ride height to make room for oversized balloon tires and substantial wheels.

Up front is a chunky bumper for driving through roadblocks with slim LED headlights above, while the rear features an open body like an off-road stadium truck.

That leaves the mid-engine exposed, and the car in the film appears to be powered by a substantial twin-turbo V8, but there’s also a nod to tradition, with a jet-engine exhaust sticking out the back. 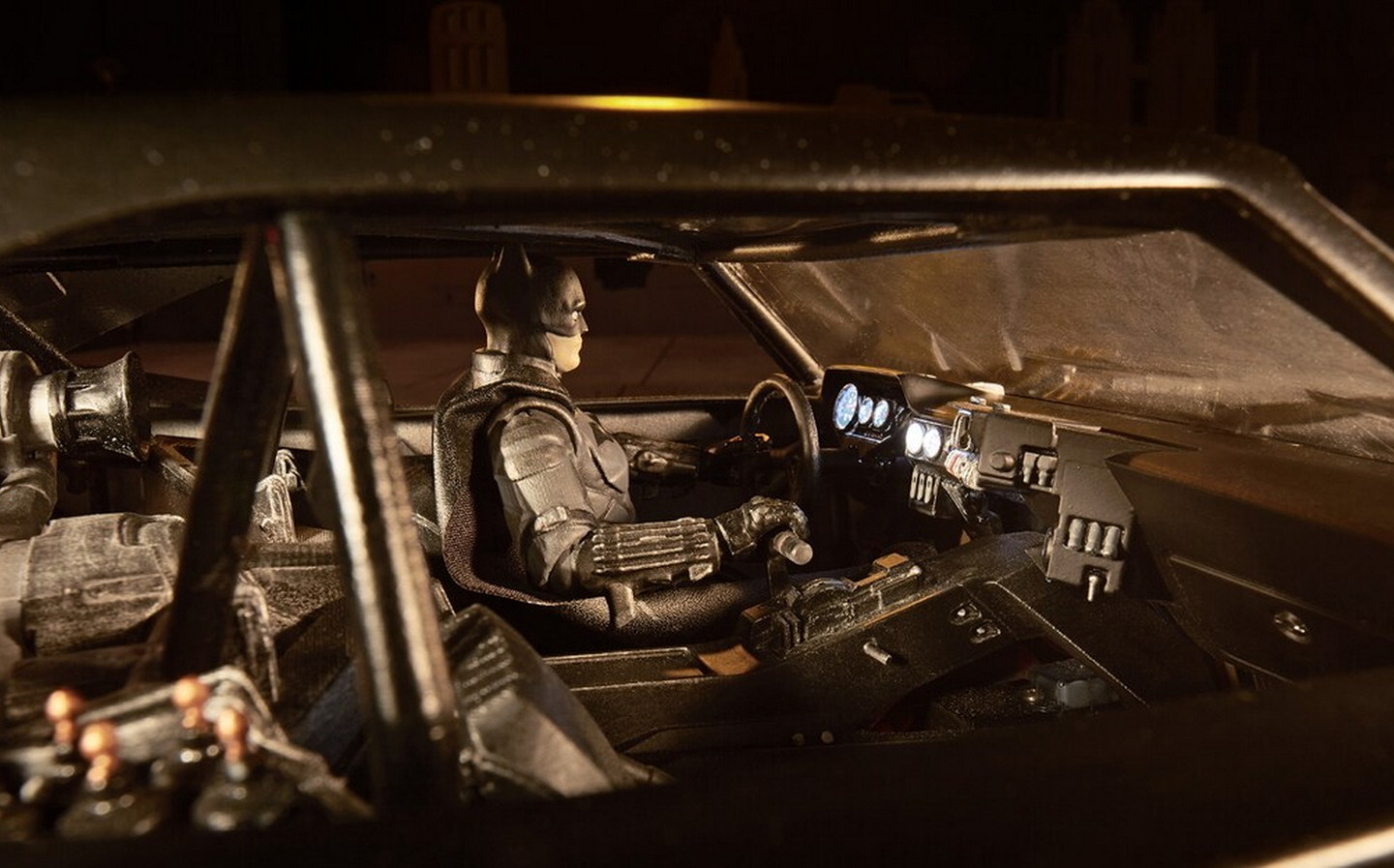 The Hot Wheels version of the Batmobile, which is about 50cm long, has no internal combustion and instead relies on an electric motor and battery to drive the rear wheels.

Top speed is claimed to be 13-15mph, while a three-hour charge delivers 25 minutes of crime-fighting vigilante action. The car is controlled with a full function pistol grip handset with wheel manipulation steering.

There are flame and smoke effects from the center exhaust, full suspension to soak up the bumps of Gotham’s crime-ridden streets, and many of the car’s details from the film have been replicated.

A 6-inch-tall Batman figure is also included, and when you sit behind the wheel. — behind the illuminated dashboard — The Dark Knight steers and shifts gears in sync with the car’s movements. 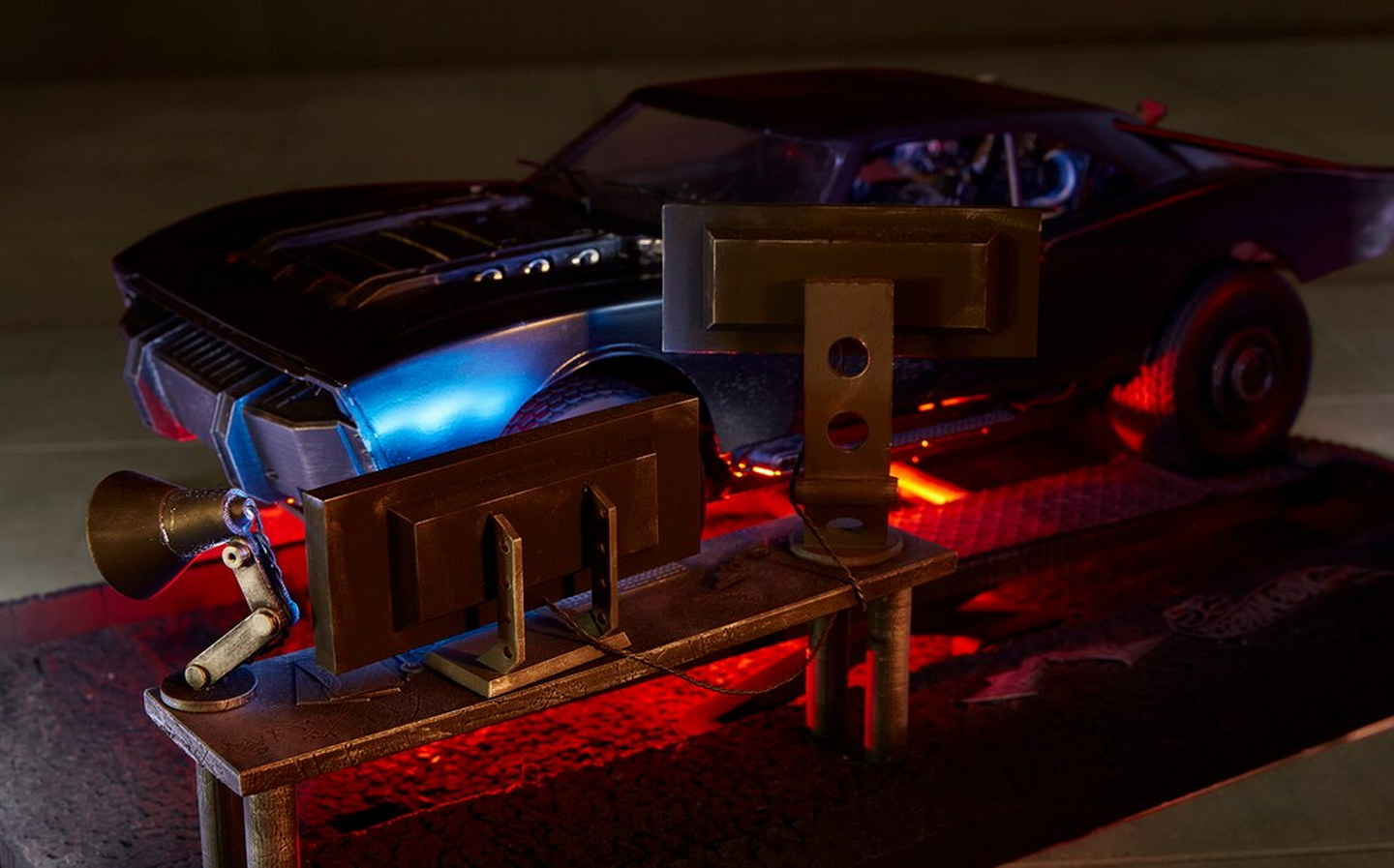 After cleaning up the streets of Gotham, the Hot Wheels RC Batmobile comes with a special diorama where the model can be parked. Although not a full bat cave, the stand includes a bank of computer monitors and lighted keyboards, while a Bat Signal projector is also included.

Hot Wheels has kicked off pre-orders for the RC Batmobile now, but it won’t ship until July 2022 at the earliest. It’s more of a scale model than a toy, and it’s marked as such, because it’s “for the adult collector and fan.” So if you order the Batmobile directly from the Mattel Creations store, it’ll cost you $500, or around £360 before tax.

Can’t get hold of the Hot Wheels R/C Batmobile? Try this one for £60 at Argos or this one for £20 at Hamleys. Driving.co.uk can earn a small fee if you make a purchase after following the links.