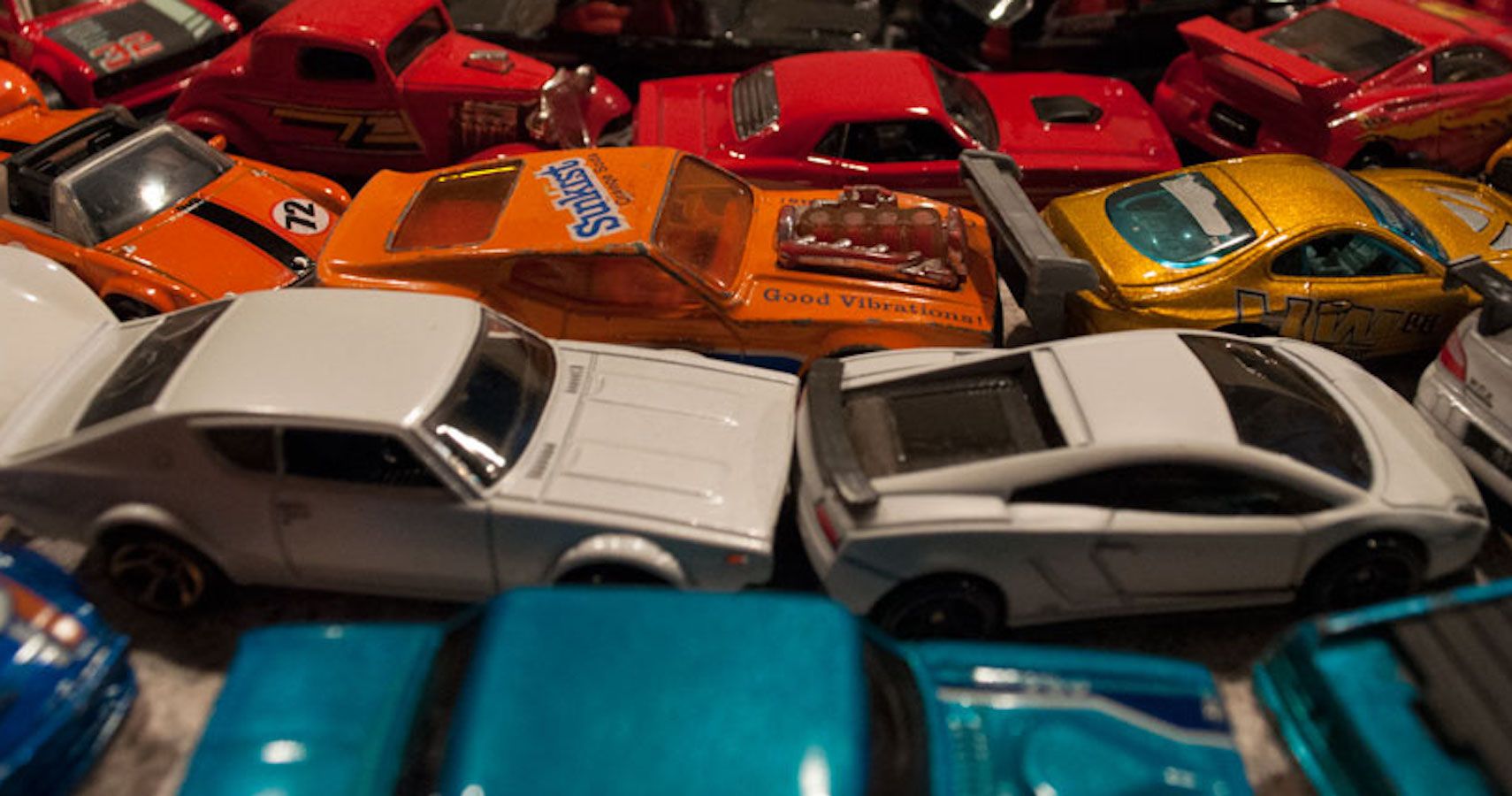 It’s the most expensive Hot Wheels car ever

There’s a reason so many treasured Hot Wheels cars have such a rich history. Over 50 years ago, Mattel co-founder Elliot Handler commissioned his design team to develop a toy car that would be a true performer. After creating the revolutionary new wheel design in a very first trackable toy car, Hot Wheels was born. They were toys like no other at the time, taking children’s play to a whole new level.

Hot Wheels, however, were more than typical toys. These little cars could go fast, fly over obstacles, and build enough momentum to drive through loops. Playing with cars was more exciting than ever with the added element of competition and experimentation. Soon the kids weren’t the only ones interested in Hot Wheels.

Car enthusiasts started collecting Hot Wheels because of their clever designs that often went beyond what is commonly seen in the automotive world. It’s no wonder that the value of these little models has skyrocketed over time, many of which are now worth a fortune. Widely sought after, Hot Wheels have become part of automotive culture. As such, they attract car enthusiasts from all parts of the world.

Since so many collectors continue to seek out Hot Wheels today, rarer examples can cost tens of thousands of dollars each. Some rare sets even share the same price as many new (and real) sports cars today. The most expensive Hot Wheels ever is worth more than a new 2023 Chevrolet Corvette Z06 coupe, which starts at $106,395. Even more surprising, it is inspired by a modest volkswagen vehicle.

RELATED: Here are some of the coolest Hot Wheels collections

No, it’s not a customized version of an iconic vehicle or as eye-catching as a vehicle covered in diamonds, but rather a pink Volkswagen bus. Given the history behind this particular model, other Hot Wheels cars will struggle to take the throne.

The pink bus is the Volkswagen “Beach Bomb” prototype from 1969. The team behind the Hot Wheels company tried to design the first Volkswagen microbus with this model, but they encountered some problems.

The main problem was the rear loading part, as the bus constantly lost its balance when loading its surfboard through the rear window. Mattel solved this problem by introducing heavier sides and placing surfboards through the windows instead. It kept the kids from getting frustrated with their buses falling all the time.

In the end, they ended up producing the modified version on a large scale, scrapping the prototype altogether. This is, however, what made the small car so valuable in the first place. Mattel produced only two prototypes of the “Beach Bomb” using its initial design. For years, both buses remained in the possession of Hot Wheels employees. Eventually, a collector named Bruce Pascal acquired them for a jaw-dropping sum of money.

Pascal wouldn’t admit how much he paid for the pink Volkswagen “Beach Bomb” prototypes. However, he estimated the car’s value at $175,000 as of December 2020. With some of today’s best-handling sports cars on the market costing under $150,000, that’s another lesson in the game. idea that size doesn’t matter.

RELATED: The 10 Most Expensive Hot Wheels Cars Ever

Where are the two pink “beach bombs” today?

Who is the proud owner of Volkswagen’s pink “Beach Bombs” today? After acquiring both models, Pascal stuck to one of the “Beach Bomb” cars, which his Hot Wheels Online website says is the one in better condition. He also happens to have one of the most valuable Hot Wheels collections in the world, with over 4,000 cars arranged in a purpose-built office. The pink ‘Beach Bomb’ is the crown jewel of her collection.

The total price of Pascal’s Hot Wheels collection is around $1 million, and the pink “Beach Bomb” is the most valuable car in the collection. He struggled to acquire both prototypes. Eventually he sold the other unit to a friend. While Volkswagen buses in different colors were easy to find and buy, pink required more effort. Now he protects the pink ‘Beach Bomb’ from light and dust by storing it in a plexiglass case.

Luckily, Pascal is keen to share his collection with museums, so others can discover rare Hot Wheels and learn more about this and other classic cars. Therefore, avid Hot Wheels collectors and car enthusiasts can always expect to see the pink Beach Bomb in exhibits. When it comes to selling the Hot Wheels car, it seems unlikely that Pascal will sell such a rare collectible to anyone.