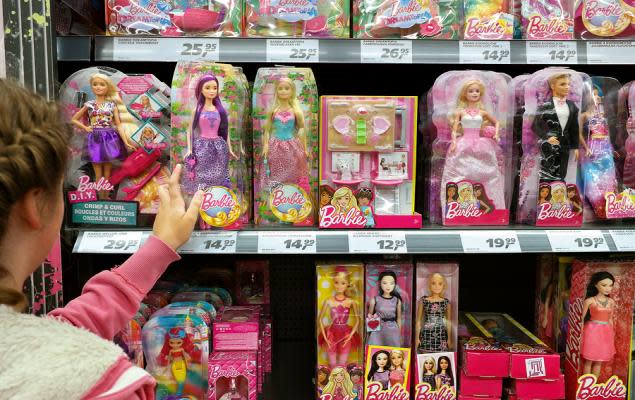 Mattel, Inc. MAT benefited from the good performance of its Barbie brand and Hot Wheels. The company has benefited from license agreements. As a result, the company’s shares have gained 12% over the past year against a 15.2% decline in the industry. However, rising material and logistical expenses remain a headwind. Let’s go deeper.

The Barbie brand continues to inspire investor confidence with strong performance. In the first quarter, worldwide Barbie brand gross billings improved 8% as reported and 12% cc. According to NPD, Barbie has cemented its position as the world’s leading doll brand in 2021 for the second year in a row. Going forward, the brand has new fashion segments like Barbie EXTRA and Ken Turned 60 in its pipeline. At the same time, the company plans to develop Barbie Fashion Battle, a reality show where designers will compete for the chance to create a fashion collection for Barbie. During the second quarter of 2021, the company gave the green light to the new Barbie feature film and announced the start of production in 2022 with a targeted release in 2023.

Hot Wheels continues to be a major growth engine. In fact, in 2018, Hot Wheels worldwide gross sales increased 9% and reached the highest annual sales in its 50-year history. In 2020, worldwide gross sales of the Hot Wheels brand increased 3% as reported and 5% at constant currency. This is the seventh consecutive year of point-of-sale growth in the United States and globally. The company saw strong Hot Wheels sales in 2021. During the first quarter of 2022, Hot Wheels brand gross billings jumped 31% (on a reported basis) and 36% (cc) from a year to year. The company has witnessed an improvement in the Hot Wheels sales trend and is quite confident about the brand’s long-term prospects. The company has announced that JJ Abrams’ Bad Robot will produce the Hot Wheels movie.

The Zacks Rank #3 (Hold) company continues to make progress towards capturing the full value of its intellectual property and transforming it into a highly successful toy company. To that end, the company is leveraging its resources to relaunch its IP catalog, including Masters of the Universe, Matchbox, and Monster High. The company is bullish on this, due to its growth potential and built-in fanbase. It has strengthened its partnership with major entertainment companies including Disney, Microsoft, Nickelodeon, Nintendo, Universal, Warner Bros and WWE.

In January 2022, the company entered into a multi-year global licensing agreement with Disney to develop and commercialize the Princess and Frozen range of branded products. The deal marks the reunion of Disney characters with Mattel after a nearly seven-year hiatus. Builds on its existing license agreement with Disney for Pixar Animation Studio’s Story of toys and cars franchises as well as Light yearthe company plans to launch the new products from 2023. Under the agreement, Mattel will develop toy lines for consumer products, games and Disney publishing, including fashion dolls, small dolls and some figurines.

During the first quarter, cost inflation had a negative impact on the company’s operations due to an increase in raw materials. During the first quarter of 2022, adjusted gross margin contracted 70 basis points year over year to 46.6% due to input cost inflation. However, the decline was offset by benefits associated with pricing, favorable fixed cost absorption and savings from the Optimizing for Growth program. In the quarter under review, adjusted other selling and administrative expenses increased $13 million year-over-year to $322 million. The increase is mainly due to higher employee-related expenses.

Bluegreen Vacations sports a Zacks Rank #1 (Strong Buy). BVH has a surprise on earnings for the last four quarters of 85.9% on average. The stock has jumped 48.1% over the past year. You can see the full list of today’s Zacks #1 Rank stocks here.

Zacks consensus estimate for BVH’s sales and earnings per share (EPS) for the current fiscal year indicate growth of 11.2% and 35.1%, respectively, from levels recorded a year ago. a year.

Caleres is posting a No. 1 Zacks rank. CAL has a trailing four-quarter earnings surprise of 62.9% on average. Shares of the company have gained 0.8% over the past year.

MGM Resorts carries a No. 1 Zacks rank. MGM has a trailing four-quarter earnings surprise of 212.5%, on average. Shares of the company have fallen 30.5% over the past year.

Zacks’ consensus estimate for MGM’s current-year sales and EPS suggests growth of 28.1% and 240.3%, respectively, over reported levels in the prior-year period .

Want the latest recommendations from Zacks Investment Research? Today you can download 7 best stocks for the next 30 days. Click to get this free report