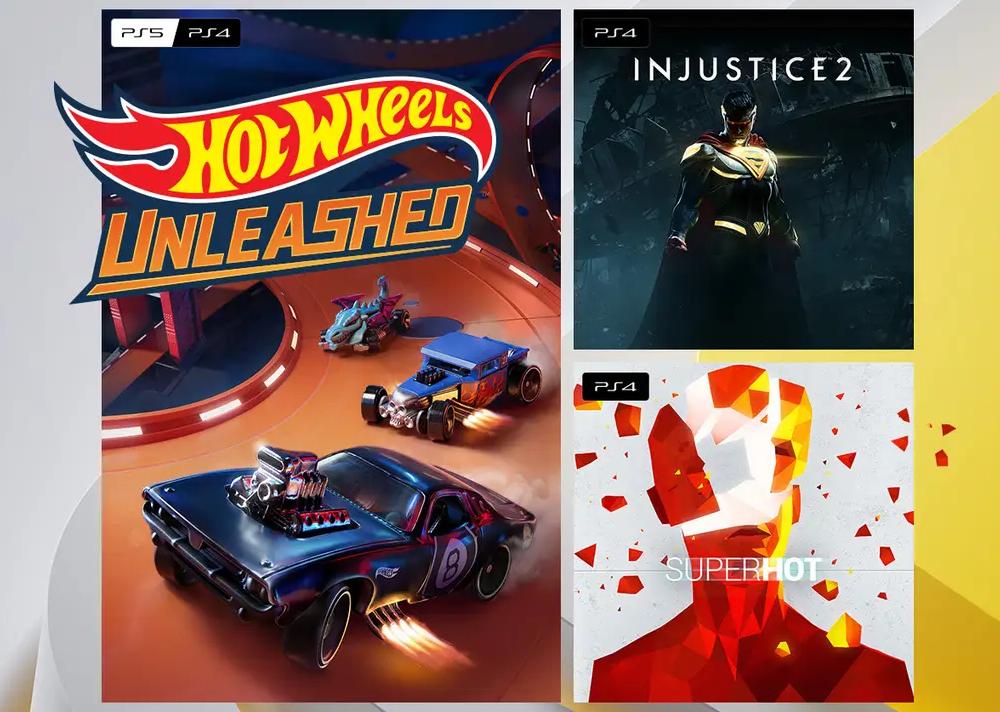 PlayStation Plus subscribers will be able to claim three free games for the month of October.

Hot Wheels Unleashed is an arcade racing game in which you can collect and drive cars from the Hot Wheels toy line. Each car will have its own level of rarity, characteristics and customizations. Race, jump and drift inside the colorful plastic tracks. Several single and multiplayer modes are available, online or locally using split-screen mode.

Racing not your thing with Hot Wheels? No problem, you can create your own tracks and share them with the community.

Produced by the same team behind Mortal Kombat, Injustice 2 is a fighting game, playable in solo or multiplayer, bringing together several characters from the DC Comics universe such as Batman, Superman, Harley Quinn, Wonder Woman, Flash, and many others. others. Heroes and villains will battle in dynamic duels, with only one becoming victorious.

Unlike many games in the genre, this one has gear to unlock and customize to your liking. All gear has attack and defense stats, like RPGs, but doesn’t overwhelm the user with overly granular detail.

Superhot mixes between an FPS, a shooter and a puzzle game. Time only advances as you move your character, which means you have plenty of opportunities to observe the space around you and think about the best course of action before attacking. The game has 34 levels to go through.

Note that the October PlayStation Plus Extra and PlayStation Plus Premium catalog of games will be announced later. Plus, if you haven’t already, don’t forget to claim September’s lineup, which includes Need for Speed ​​Heat, Granblue Fantasy: Versus, and Toem (and more if you have Extra or Premium), before Monday, October 3.