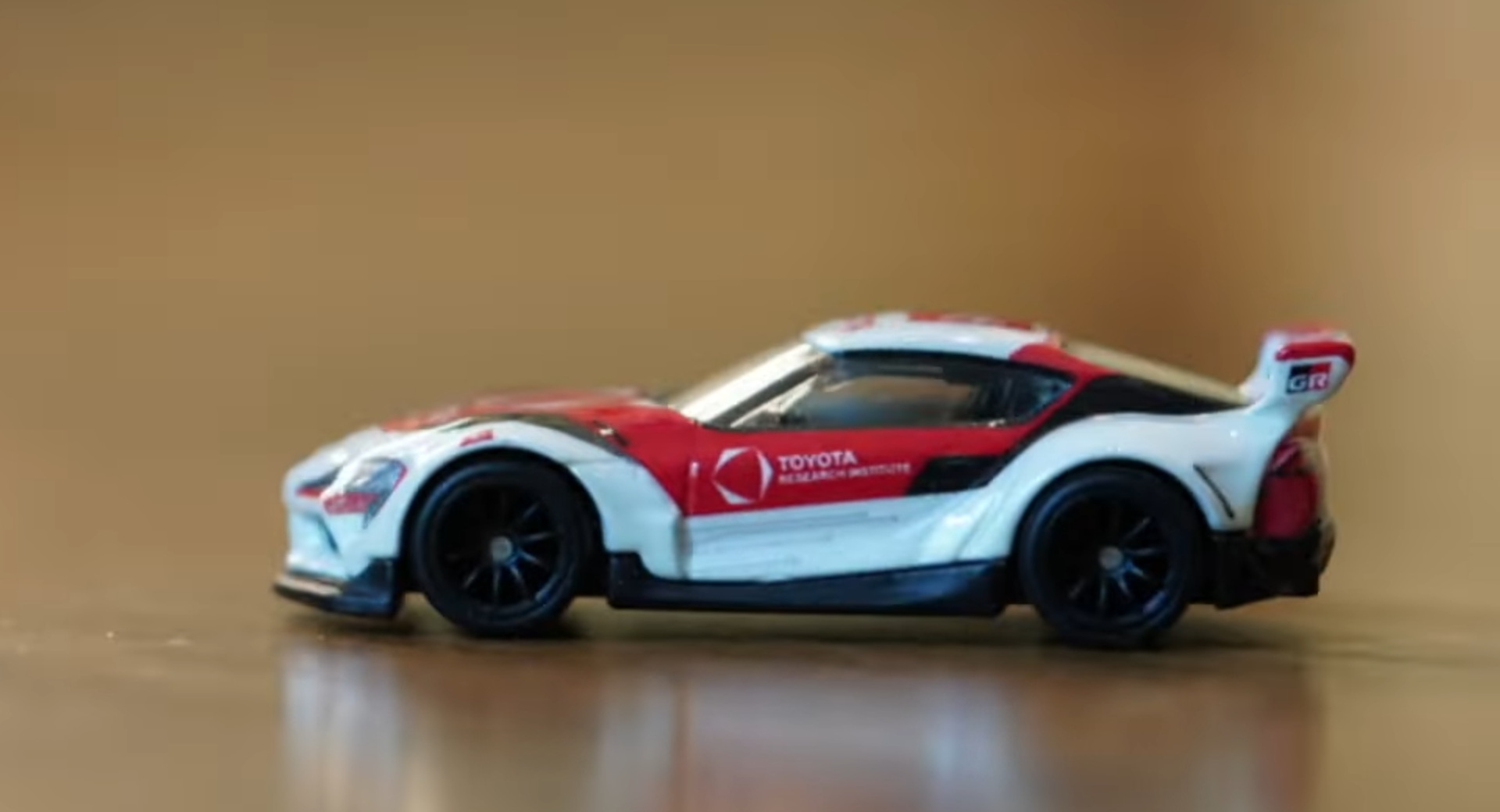 The Toyota Research Institute announced today that its self-driving Supra capable of driverless drifting will be offered to collectors as a Hot Wheels model.

In a short video, the model is ripped from packaging branded “Hot Wheels Boulevard”. This sub-brand is a collector-oriented premium toy series that was introduced in 2020.

In addition to the Supra, hotwheels.fandom.com reports that an Alfa Romeo 155 V6 Ti, a 1973 Holden Monaro GTS, a 1997 Mercedes-Benz CLK-GTR, a DMC DeLorean, a 964-generation Porsche 911, and several others were offered as part of the Walmart-exclusive series.

Also read: For the first time, Toyota managed to make an autonomous vehicle do a sick drift

Unfortunately, none actually drive alone, not even this most recent Supra, which was based on a heavily modified version of an actual self-driving car. Designed as a test vehicle to improve Toyota’s advanced driver assistance systems, the self-driving test vehicle actually managed to successfully drift through several turns, the automaker announced in February.

Although a driverless drift is a great publicity stunt, the vehicle immortalized here in die-cast form actually fulfills an important research function. Toyota says that as vehicles become more and more advanced, they are likely to encounter scenarios in which they lose grip.

“At TRI, our goal is to use advanced technologies that augment and amplify humans, not replace them,” said Avinash Balachandran, TRI’s senior director of human-centered driving research, in February. “Through this project, we are expanding the region in which a car is controllable, with the aim of giving regular drivers the instinctive reflexes of a professional race car driver to be able to handle the toughest emergencies and keep riders safe. people on the road.”

Whether in snow, rain, or even just taking evasive action on a dry section of road, it’s important that self-driving technology knows what to do in more than optimal conditions. That’s why TRI researchers set out to learn how to control a vehicle in a low-grip situation – and chose to do it with a pretty cool car.